Where is the evidence? combatting the scourge of science denial 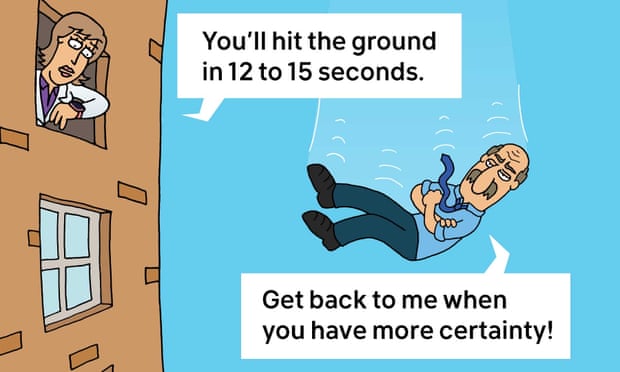 We are living in an increasingly polarised world where social media prompts us to have an opinion on just about everything. Once we have a view that is publicly aired we may be attacked and may become emotional and defensive.

Searching online or liking posts trigger the search engines and social media algorithms to kick in and start to feed us similar content. Rather than challenging or giving balance, we are fed more and more information that supports our views. This echo chamber normalises what may be erroneous thinking and by being left unchallenged, our beliefs grow.

Science denial, whether it be climate change denial, anti-vaxxers or flat earthers makes no rational sense. Scientists are human and are no more or less trustworthy than anyone else. Science however is the pursuit of the truth and has built-in checks to try and ensure that evidence-based thinking is happening. A scientist publishing findings face groups of scientists around the world scrutinising and trying to find flaws in their data and evidence. Scientists do not try and prove things, we cannot, instead, we attempt to disprove them. Only if no significant flaws are found will reputable organisations publish the findings. There are no sacred laws, everything is up for testing.

Fake news is easy to spread, just pick an emotive issue and tell lies, the more outrageous the better. Aim to annoy your out-group. Then use the FLICC strategies. I have taken these ideas from John Cook’s brilliant website Cranky Uncle to manipulate your followers and the online course and from the study Inoculating the Public against Misinformation about Climate Change .

Fake Experts – You wouldn’t want a physicist to do brain surgery on you, nor have a neurosurgeon design a nuclear power station. Experts are not all created equal. When it comes to climate science we should listen to climate scientists. There is no scientific debate about the human fingerprints all over climate change amongst climate scientists. 97% of them believe humans are contributors to global warming. There is, however, a considerable and very polarised political debate.

Logical Fallacies- where your logic really falls apart. Donald Trump’s idea that: Bleach kills germs, a virus is a germ so if we inject ourselves with bleach the virus will be killed. Hmm

Or the infamous senator and the snowball not understanding that single data points do not show longer-term trends.

Impossible Expectations– Expecting an accuracy of data that isn’t possible. “Scientists can’t even predict the weather tomorrow so why should we believe them on the climate?” Weather is extremely complex to predict, but the statement makes the assumption that if scientists do not know everything, they must know nothing (another logical fallacy) Another strategy deniers may use is moving the goalposts. Instead of denying that the climate is changing they argue that the rate of change is getting smaller.

Cherry Picking- With complex issues the longer-term trends may have data in them that run counter to the overall patterns. So there may be data that show an increase in sea ice over a short period, but overall the trend is lower. The graph below shows sea ice comparing 1989 and 2009. Highlighted is the data that a scientific institute used outrageously to evidence that there was more in 2009. than 1989. See the article by Dr Peter Gleick

Conspiracy Theories. – What can you do when carefully collected scientific data runs counter to your non-evidenced belief system? Dismiss the evidence as the manipulated lies of a group of people with an agenda against your belief. It is a simple and painless way to not change., although you may appear to be a bit stupid!

If we were rational then being presented with evidence that our view may be wrong would be enough to convince us to reflect and change our thinking. Sadly this is very rarely the case and by being challenged our demonstrably wrong viewpoint becomes more firmly entrenched. Oddly, those with a strong education in science are not immune to this and are often the hardest ones to change..’

What might we do? This video explains it beautifully!

Do we have time to teach this?

Or maybe the question should be, do we have a duty to?