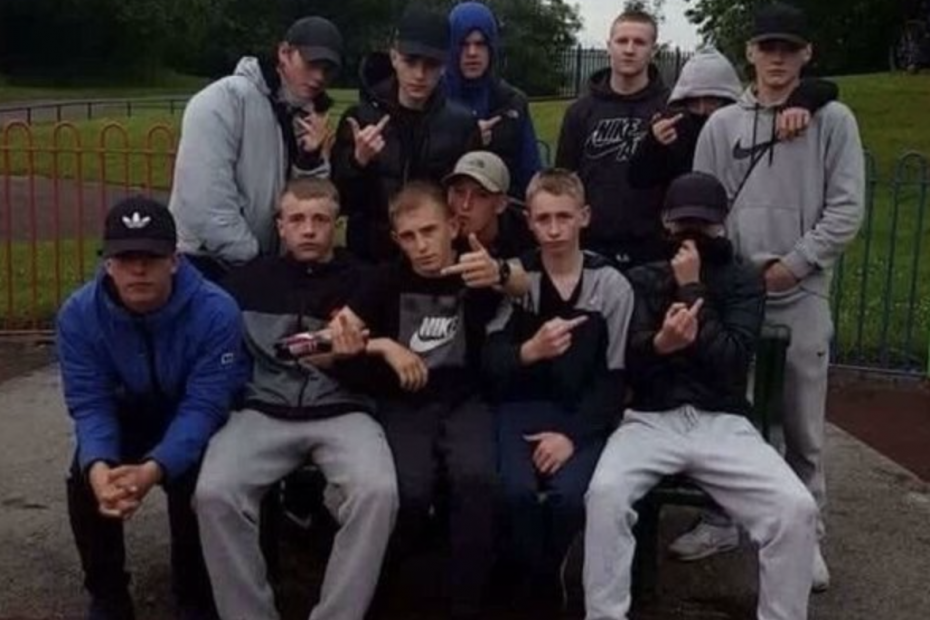 I recently was asked to prepare some year 11 students who had a disrupted education for their imminent exams. Some fought a bizarre disruptive battle with me as if trying to prevent themselves from learning.  After a few lessons, the ringleader said to me ‘Actually sir, you are sound’ and the disruption stopped. The answer to the question of why did you behave like that was:

‘Well sir, we are thick, we have always been stupid and if we had answered your questions you would have seen how stupid we are and that would be embarrassing.’

After eleven years of education, their strategy was to hide, to attempt to maintain their status by choosing failure due to not caring. A habit they created that dragged others down with them.  The system had failed them. The majority of the class were white ‘working-class’ boys a group well documented as academic underachievers.

“white young people have lower educational aspirations than most other ethnic groups” (Department for Children, 2008).

Although plenty of data shows white working-class boys underachieve and have done for years, there is less evidence for strategies that work. The idea of lack of aspirations as stated above indicate that aspiration is somehow rigidly fixed, not something in a state of flux. The boys in my class were constantly working out their ‘best’ strategy in a system that seemed to have been devised to make them fail.

Social media has many ‘influencers’ showcasing fabulous wealth that seem to be talking their language,

‘The system is there to oppress you.’

‘You do not need exams to be successful.’

‘They are trying to emasculate you’

‘Join us in the fight against them’

Many of these boys are eager recruits to fight in the culture wars. Evidence shows that white males generally have longer, healthier lives, are financially more successful and are more likely to be promoted than any other group. But simplistically labelling this as ‘white male privilege’,(without looking at the socio-economic and a host of other factors, instantly alienates those in that group who feel, with justification, that they do not have any advantages. Labelling may even create the opposite effect and provoke resentment that the programs supporting ethnic and girls’ underachievement are further undermining white boys and stoking the fires of racism.  There are plenty of voices out there preaching that white males are the real victims and are unfairly vilified. There are no simple solutions to complex problems but we need our children to be given the tools to recognise manipulation.

Creating outrage is the singular most effective way to engage others, My Search Engine Optimisation tells me that making negative headlines will capture people’s attention. As soon as you indicate a preference for an idea online the search engine’s algorithms kick in and your feed becomes geared to confirming your biases. More and more extreme views become normalised and you may fail to see why everyone in your out-group cannot see clearly what is happening as the ‘evidence’ is there to see.

“Where is the evidence?” Is the mantra of Rubbish STEM. Teaching students to be sceptical of information and the motivation of those feeding it is essential, Students need to be taught the difference between peer-reviewed research and cranks spouting conspiracy beliefs. To know what reliability means and how to find out if something is probably true or not. To understand that science can never prove something is right, only prove it is wrong. To recognise false equivalence, for example when a climate researcher is interviewed alongside someone with a non-evidenced but a very confidently expressed belief.

Mastery – The feeling that you may achieve success

Autonomy – A degree of freedom to choose your path

Purpose – You see the point of what you are doing.

In order to be self – motivated all three of these need to be in place. To my Year 11 students, none of these applied. They saw themselves serving time in a prison sentence, they had to fight not to lose respect and their primary desire was to escape it.

Most of the boys wanted to follow their fathers and be tradesmen, the girl’s beauticians and hairdressers. The science curriculum seemed to them to be completely irrelevant to their futures. Their parents had not needed qualifications and many were far wealthier than me. They had never thought of science as a process rather than, as it had been taught to them, a collection of ‘boring’ abstract facts.  By framing science as an evidence-based exploration of understanding they could see that thinking like a scientist would be helpful. A hairdresser could investigate the best hair colouration products, a carpenter the best saw or the best screws. A mechanic constantly uses scientific thinking to diagnose problems. These ideas have to be taught explicitly The value of scientific literacy is to make better decisions based on evidence.  When delivered this way science lessons have a clear purpose.

Rubbish STEM projects solve real problems. They are all easy to do, but hard to do well. Everyone can achieve a degree of mastery and there are no limits to the level of understanding you can reach. Google will not help you find a solution and you may discover something no one else knows. There is autonomy in choosing your strategy and ideas.  We are for purposeful knowledge but feel that if we trigger curiosity first then knowledge can be gained more effectively. This done carefully is borne out by research,  As the activities, all use freely sourced materials they are inclusive and open up opportunities for intergenerational and community projects.